Define the name of the main chain and form the ending depending on the older functional group. The degree of saturation of the main chain is reflected by suffixes: an – saturated carbon skeleton, en – the presence of double and in – triple bonds. Define the name of the substitutes – the younger functional groups, hydrocarbon radicals, which are designated by prefixes in a single alphabetical order. 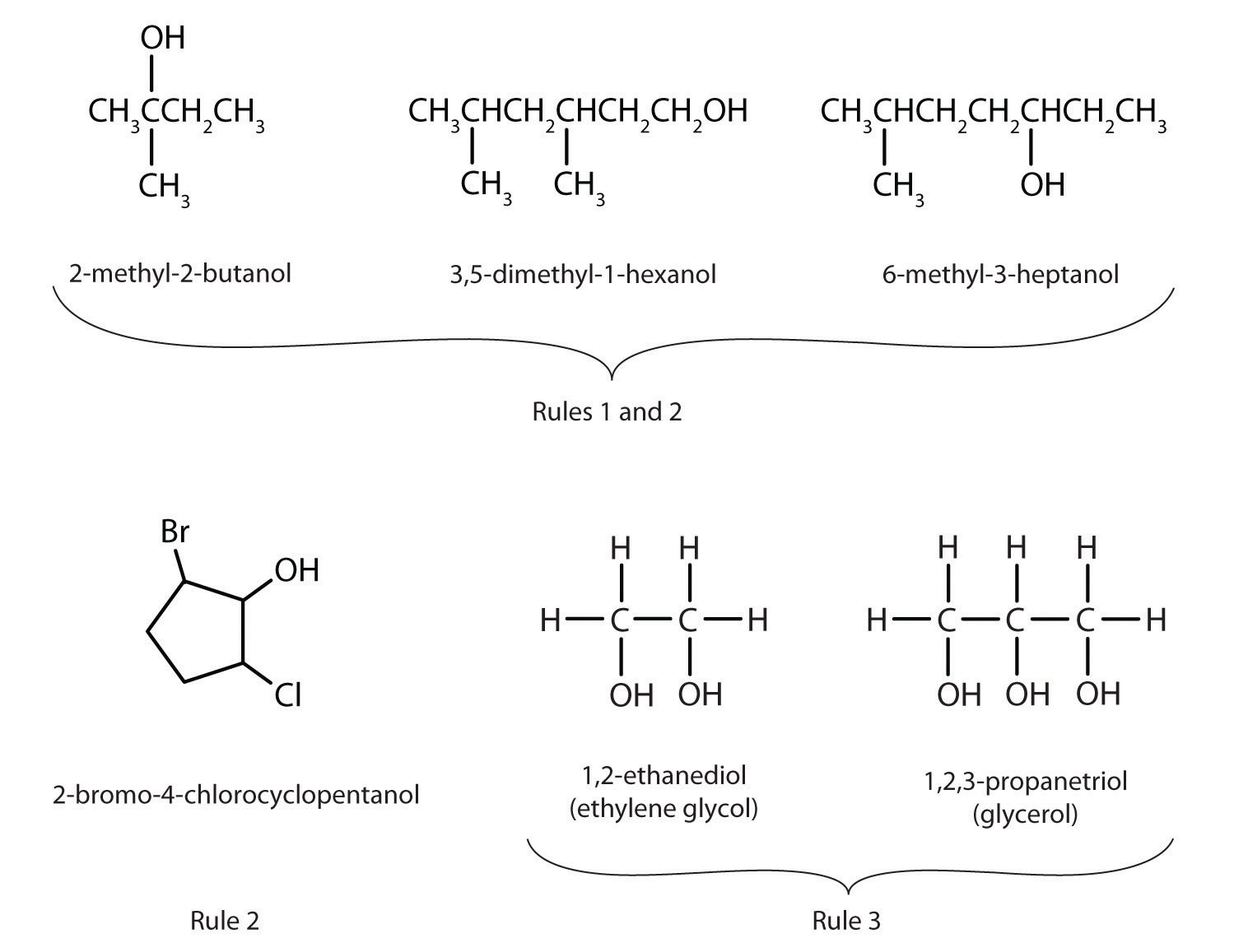 If the compound has several identical substituents or multiple bonds, then before the corresponding designation a multiplying prefix is placed: di, tri, tetra, etc.

Below are some examples of names for the IUPAC substitution nomenclature.

The use of the radical-functional nomenclature is more limited than the substitutionary nomenclature. It is mainly used for the name of the simplest mono- and bifunctional compounds and certain classes of natural substances.

The stated nomenclature rules should serve as a permanent guide for the subsequent study of the nomenclature of specific classes of organic compounds and their individual representatives. Knowledge of the general rules of the nomenclature is of great importance, since according to them the names of numerous medicines are being built, with which doctors will constantly deal in their professional activities.